COVID-19 COVID-19 For updates and safety information, go to DHHS

City of Columbus has received voter approval ten times since 1995 for a one percent or one-half percent city sales tax. Currently, the local sales tax rate is one and one-half percent. Through March of 2027, the 1% may be used for capital improvements, including street and drainage projects and to repay debt for the same types of projects, and to fund the operation of Pawnee Plunge Water Park and Columbus Aquatic Center.

Property taxes are divided up among several different taxing entities. The majority of the money goes towards Columbus Public Schools, City of Columbus and Platte County. The rest goes to other entities such as the Lower Loup Natural Resource District, Educational Service Unit Number 7, Central Community College, and the Platte County Agricultural Society. For the 2018-2019 fiscal year, the total property tax levy for a house in Columbus is 1.923689. 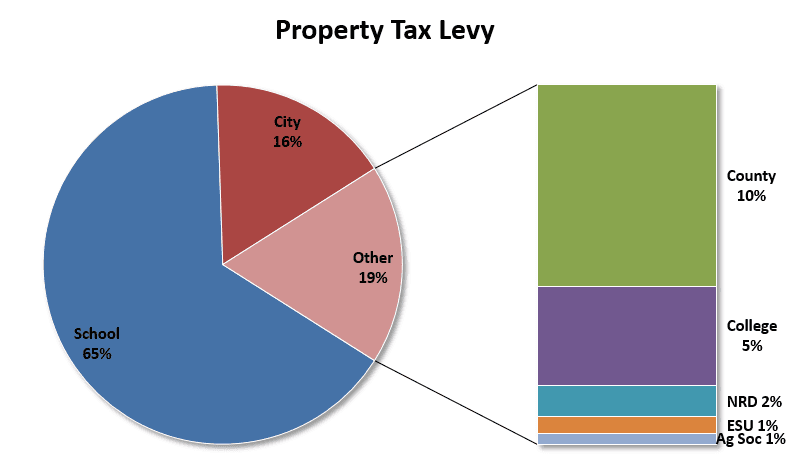