COVID-19 COVID-19 For updates and safety information, go to DHHS

The bookmobile is for everyone - children and adults. All bookmobile cardholders have full library privileges. To reserve books for delivery at your bookmobile stop, contact Stephanie Ligenza, Bookmobile Services Technician, at 402-613-8546 or email.

Go to the Bookmobile Calendar to see when it will be in your area.

Before your visit, please refer to the special instructions included on the calendar for bookmobile use during the COVID-19 pandemic. Click here to view the required waiver.

In the summer of 1967 Win Jacobsen, the city librarian (1961-1979), was hiring staff for this new library service. He chose Karen Hake, a young lady fresh out of high school, to work as the "Bookmobile Librarian." Karen Hake retired in 2017 after 50 years of service as the Bookmobile Librarian.

A light-green bread-box shaped vehicle served until the spring of 1990, when a new blue and white bus-size vehicle, manufactured by the Thomas Built Bus Company of High Point, North Carolina, was delivered to the library. The old Gerstenslager had gone through two engines and the odometer showed 300,000 miles traveled in over 20 years of service. 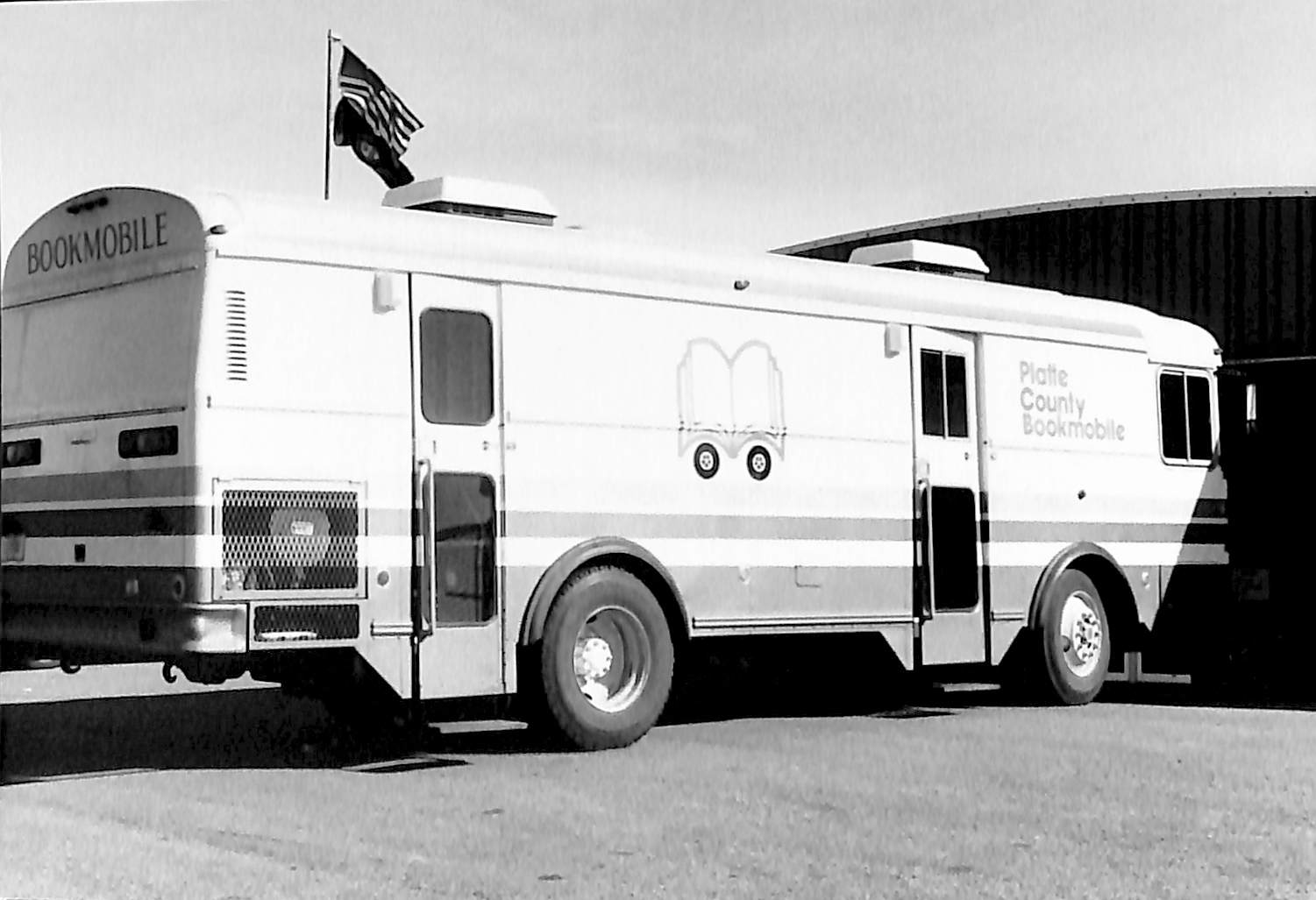 A new "Freightliner" bookmobile was ordered and received just in time to be in the city's Sesquicentennial Parade on Sunday, July 1st, 2006. This new, but shorter, vehicle replaced the Thomas Built bus-size bookmobile that was in use for nearly 15 years.